The Joker protractor is an accurate and durable geometric tool for measuring angles flawlessly. An integral part of the geometry set, each piece is made with the best quality transparent plastic to give better results .The protractor is marked for precise angles and measured in degrees.

Over the years, Joker protractors have found acceptance among students, art professionals and architectural craftsmen. 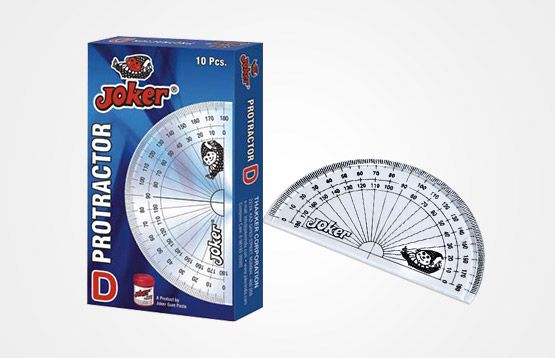 Protractors and angle measuring devices have existed since ancient times. A circle is said to be of full 360 degrees because old calendars (such as the Persian Calendar) used 360 days for a year - when they watched the stars they saw them revolve around the North Star one degree per day!